Both the Gordon and McKean families, who were my ancestors, lived and worked in and around the area of Gatehouse of Fleet, Kirkcudbrightshire, Scotland during the 19th Century. My earliest documented ancestors lived in the area from the late 18th Century. Ultimately they left the area with the hopes of improving their lives and pursuing their dreams.

James McKean and his family moved to Manchester, England where he earned a good living in the building trade. By 1858 he returned to Gatehouse to retire but served in several elected positions including the Provost of Gatehouse for several years before his death in 1879. There he built the McKean home, Braeside, which still stands today.  James and his wife are buried in the Girthon Cemetery in Gatehouse.  The McKean children moved on to other parts.

The Gordons left Gatehouse in the mid 1800's and for a while lived in Yorkshire, England, then Wales where James Gordon was a land agent in Tondu, Wales.  Ultimately the family migrated to America in the 1890's where they settled in Minnesota.

Gatehouse of Fleet, Scotland, looking down Fleet Street to the East 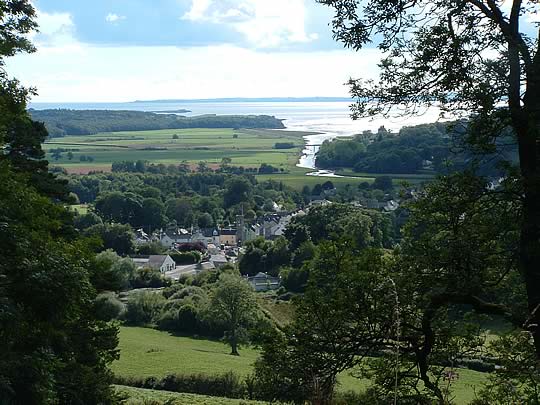